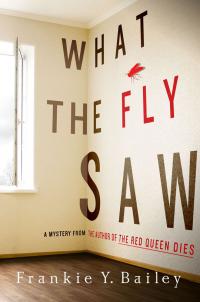 The morning after a blizzard that shut down the city, funeral director Kevin Novak is found dead in the basement of his funeral home. The arrow sticking out of his chest came from his own hunting bow. A loving husband and father and an active member of a local megachurch, Novak had no known enemies. His family and friends say he had been depressed because his best friend died suddenly of a heart attack and Novak blamed himself. But what does his guilt have to do with his death? Maybe nothing, maybe a lot. The minister of the megachurch, the psychiatrist who provides counseling to church members, or the folksy Southern medium who irritates both men – one of these people may know why Novak was murdered. Detective Hannah McCabe and her partner, Mike Baxter, sort through lies and evasions to find the person who killed their “Cock Robin,” But McCabe is distracted by a political controversy involving her family, unanswered questions from another high-profile case, and her own guilt when a young woman dies after McCabe fails to act.

On a muggy Friday evening, Detectives Hannah McCabe and Sean Pettigrew, stop in a pharmacy downtown after attending an award ceremony at City Hall. They have an encounter with a muscular, mentally disturbed man who assaults the security guard who tried to put him out of the store. McCabe confronts the man, and he surrenders to her. The man tells McCabe that his mother made him promise to never hurt a woman. As Pettigrew is patting him down the man asks McCabe what her mother made her promise. She is startled, says, “Nothing.” But the man says mothers always demand promises. Although she doesn’t respond, this is something that McCabe will think of later. As she was dying, McCabe’s mother made her daughter promise to take care of her father, Angus, and her brother, Adam. This first scene also establishes that McCabe and Pettigrew are good friends as well as colleagues when McCabe reminds Pettigrew of the movie festival they are planning to attend next weekend. She is relieved by his response, which indicates he is coming out of his depression over his ex-wife.

As she is driving home in the rain, McCabe sees a group of “space zombies” (young counterculture drug users) crossing the street. A girl in the group stumbles and falls, but two of her friends pick her up and take her along with them. Later McCabe will learn that the girl she saw fall and assumed was high on drugs was actually ill with cholera. She wonders if she had gone after her, would that have made a difference. When she finally tells her lieutenant about this, he tells her to keep it to herself. He reminds her that she is already in a difficult position, and she does not need to draw more attention to herself. Howard Miller, the third party candidate for president, has learned that McCabe’s brother, Adam, was among the American tourists trapped on a resort island after an earthquake. When the embattled Democratic president sends in a military unit to evacuate the vacationers, Miller uses McCabe’s brother as an example of the wealthy Americans who should have paid for their own rescue instead of using taxpayer money. He manages to tie this to McCabe’s last case involving Lisa Nichols, a “killer blonde” serial killer, who was the fiancée of billionaire, Ted Thornton. With this kind of attention, McCabe needs to keep a low-profile. But she is also concerned that this will set back the relationship with her brother that she is trying to rebuild. For years, she has felt guilty about the fact that he was injured – lost an eyes and the use of his legs – when she, as a nine year old, tried to stop the burglar that had broken in their house. Adam was shot and almost died, and their mother, who loved Adam best, blamed McCabe. Now, as adults, she and Adam are finally beginning to work through their relationship.

McCabe and the other detectives spend the weekend of the blizzard on duty at the station house. While they are there, McCabe learns that Lisa Nichols, the blonde serial killer, is dead. Nichols seems to have committed suicide in the psychiatric facility where she was undergoing evaluation. Nichols’s death will bring Ted Thornton back to Albany and create tension between McCabe and Baxter. McCabe begins to wonder why Baxter is having such a strong reaction to her interest in Nichols death. She thinks he should be as interested as she is when they learn that Thornton’s aide left a message for their victim, Kevin Novak, about arranging for Lisa Nichols funeral.

Kevin Novak was found dead in the basement of his funeral home. The arrow sticking out of his chest came from his own hunting bow. A loving husband and father and an active member of a local megachurch, Novak had no known enemies. His family and friends say he had been depressed because his best friend died suddenly of a heart attack and Novak blamed himself. But what does his guilt have to do with his death?

Their suspects include the minister of the megachurch, the psychiatrist who serves as counselor for church members, a visiting Southern medium, the widow of Novak’s friend, and, maybe, Novak’s own widow. The detectives find themselves attending a séance arranged by Olive Cooper, the 85 year old church member whose celebration of life Novak attended the day before he died. She introduced him to the medium and he fled. Now, she and the medium – who will turn out to be Novak’s half-sister – suggest a séance to get the suspects together and see what happens.

At the séance, McCabe has the chance to have a brief conversation with Ted Thornton, who also feels something is not quite right about his ex-fiancee’s suicide in the psychiatric center. But McCabe is distracted from the Nichols case when she and Baxter get a break in the investigation of Kevin Novak’s murder. They finally get the minister to tell them what Novak was up to – that he was acting as an undercover operative to find out what he could about the cyberspace sex club that his best friend in been involved in. They are able to find the biker girl that Novak met at a motel.

When Scott, Novak’s son has a psychotic episode after taking some drugs, his mother tries to protect him. But Scott is guilt-stricken, believing he killed his father. Back home from the hospital, he asks the medium to come to see him. To his mother’s distress, he admits that he shot his father accidentally with the bow. He knew that his father had met a woman and he went to the funeral home to talk to him. But his father – thinking of what the biker girl had told him about her boyfriend the drug dealer who was supplying the space zombies – wanted to warn Scott about using drugs. Angry, Scott picked up the bow and shot an arrow. Wounded and bleeding, his father told him he was alright, told him not to tell his mother what happened, to go home and everything would be okay. Scott says he would never have left if he had known his father was dying. McCabe wonders if someone else might have arrived after Scott left.

Over a drink in a bar, Pettigrew confides to McCabe that he is still hung up on his ex-wife. As a coping strategy he has been spending a lot of time in a cyberspace club for “time travelers.” In the persona of his avatar, he has been living out some fantasies that he fears might be affecting his life in the real world. He tells her this when he learns that Kevin Novak had gone undercover in cyberspace at the request of his minister to investigate the “adults only” club that his friend was involved in.

Does the biker girl, who Novak met in cyberspace and then in a hotel room, have the answers they’ve been looking for? What she tells them -- and an attempt on the medium’s life – bring McCabe and Novak back to Burdett, the psychiatrist. He was a member of the cybersex club. He saw Scott leave that night, found Novak wounded, and walked away with his ORB when Novak refused to keep the secret about Burdett’s involvement in the club. He tried to kill the medium with a poisoned pie because he was afraid she knew something. When they are about to arrest him, Burdett overpowers Baxter, gets a gun, and shoots himself. His suicide seems to close the case.

Kevin Novak’s murder is solved, but McCabe still has questions about her partner and what he picked up from the floor in Burdett’s bedroom. Baxter has some worries of his own. The federal agent he is working with shows him surveillance video of McCabe sitting on a park bench with Ted Thornton. Baxter, who is working as a “double agent” – trying to bring down a small group of corrupt cops (followers of Howard Miller) in the APD – is left staring at the video and wondering how he can keep McCabe (who has attracted Miller’s attention because of her involvement in the Lisa Nichols case) out of trouble and make sure she doesn’t get them both killed. What McCabe doesn’t know is that Lisa Nichols was sent by Miller to seduce Thornton and get control of her fortune. When she had her mental breakdown, Miller had one of his men blackmail Burdett into killing her. Now, the feds have lost a witness and the situation is becoming more dangerous for everyone involved.

Unaware of what is going on with her partner, McCabe is pleased that Ted Thornton has helped her to finally come up with a name for her family’s dog – a name inspired by a line from one of her mother’s poem.

The Red Queen Dies
What The Fly Saw